I Think This Is What They Call A Hail Mary Pass 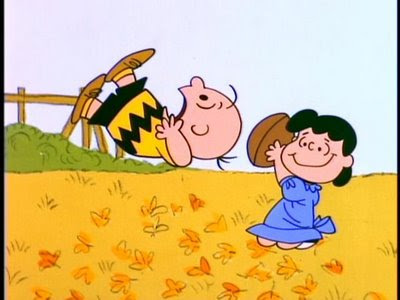 A recent poll shows 61% support for a public option in health care reform, which tracks with other polls over the last month that indicate growing support for Obama's efforts (a surprising turn after the supposedly "definitive" town hall brouhahas in August). One poll suggests Obama's own numbers have moved from 50% to 56%. Even Bob Dole has come out in favor of health care reform.

With their "Waterloo" quickly slipping away, what's a right-wing media mouthpiece to do? Connect everything to Roman Polanski, of course!

That's right! Various Hollywood folks who've signed those ridiculous petitions in support of the director have given, according to Politico, "$34,000 to Obama's presidential campaign and the Democratic Party." Causality! X does Y, therefore X=Y! As that great philosopher Homer Simpson once said, "It all fits! It all fits!"

Except when it doesn't. The key to the above passage is phrasing, that all-important "and" between "Obama's presidential campaign" and "the Democratic Party." Eric Boehlert parses the numbers and the (forgive the misuse of the term) 'logic' of Politico's argument. He finds that none of this really adds up, even on the basic numeric level: the Politico piece highlights Harvey Weinstein (because, you know, scoring off anti-Semitism while attacking Obama is what Politico might call a "twofer") as
"the most generous Democratic donor of the vocal pro-Polanski contingent," and indeed, his $28,500 is impressive...except none of that went directly to the Obama campaign. In fact, of the $34,000 trumpeted in the headline (an amount that, as Boehlert notes, is .002% of the $750 million the Obama campaign raised last year), only $15,000-- less than half-- went to the Obama campaign. So even if you buy into the numerous fallacies in Politico's logic (i.e., Hollywood supports Polanski [except when it doesn't]; Hollywood supports Obama [except when it doesn't]; therefore Obama supports Polanski), they can't even really marshall the evidence they claim to have to support their cause. That kind of mathematical brilliance really explains the GOP's grasp of polling on health care, though.

Bob Westal said…
I'm too lazy to read the Simon piece, but the same idiocy is peddled on a daily basis around the rightwing blogosphere (the Corner and Big Hollywood come to mind). Never mind statements by people like Chris Rock and Jamie Foxx, who I think are just as much a part of "Hollywood" as anyone else.

I personally am a big hairsplitter about the Polanski thing (I have no problem with him doing some more jail time but I tend to get a bit caught up in the specific language that people use to describe what happened, what was proven and what wasn't), but I'll just leave that one alone here and maybe forever!
October 21, 2009 at 11:20 PM

Brian Doan said…
Hi Bob,
Boy, have I been a bad blogger lately-- sorry for not responding sooner! I think it's always wise to avoid a Politico piece, and trust me-- you're not missing much. I wasn't familiar with your Chris Rock/Jamie Foxx references-- what did they say?
November 5, 2009 at 9:37 PM