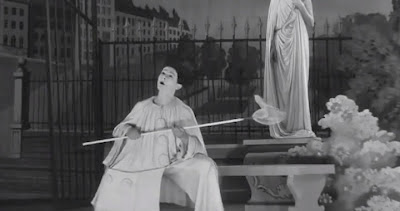 Screenshot from Children of Paradise, 1945. 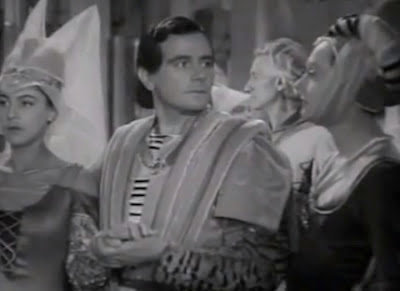 L'amour! L'amour! And of course, because this is Marcel Carné, they are all doomed.

Richly poetic, visually dense, and achingly romantic (in all senses), the work of Marcel Carné was a high point of French Poetic Realism, particularly his collaborations with writer Jacques Prévert. Two of those films-- Children of Paradise and Les Visiteurs du Soir, both made under the Occupation-- are out this week on Blu-ray and DVD from the Criterion Collection. Children was released in an earlier Criterion DVD in 2002, but this new version is spiffily restored and sports several new extras (including an essay by film scholar Dudley Andrew and two fascinating new documentaries), while Les Visiteurs is being released for the first time, and also looks gorgeous (extras for both films are the same on DVD or Blu-ray). Over at Cinespect, I have some further thoughts on the films, their extras, and the way they juggle the mysteries and pleasures of poetics and history.