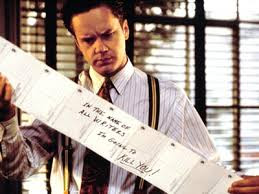 Over at his excellent blog, Some Came Running, film critic Glenn Kenny has spent a couple of posts engaging with Anil Dash's bizarre pro-"talking in theaters" manifesto (an exercise in sophistry that elicited a different, equally interesting response from critic Matt Zoller Seitz). I'm not that interested in discussing Dash's piece here, except to note that I stand more or less with the "shush" crowd, feel no shame in asking grown adults to shut the hell up in a theater during a film, and believe the Surrealist viewing procedures Kenny smartly cites are different and much more complex than Dash's smug "join or die" syllogisms.

What really interests me is Kenny's citation in both pieces of the Steven Spielberg/Bernardo Bertolucci notion that movie theaters are cathedrals. He quotes (via Self-Styled Siren), Bertolucci's remark that "Maybe I'm an idealist, but I still think of the movie theater as a cathedral where we all go together to dream the dream together" (and really, the whole Kenny post in which that quote is embedded,  "5+1 Transcendent Movie Theater Experiences I've Had In The Last Twelve Months," is itself a transcendent, shimmering thing of cinephiliac, anecdotal beauty that you should read in its entriety. Go ahead, I can wait). Bertolucci's comment might be set in opposition to the implied argument in Kenny's observation that "New generations used to get themselves noticed by trying to change the society that they lived in; now they affect a societal change by the way they choose to define experience" (and how that experience is therefore defined for all those people who might not want to see the light from your texting screen, thank you very much). 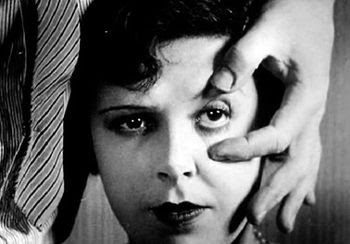 Despite my quesiness about the undertones, I'm generally sympathetic to the cathedral argument (I always think of Michael Powell's remark to Martin Scorsese after the latter showed him Samuel Fuller's Forty Guns: "I do not wish to see my religion treated that way"), if only because I think a quiet theater allows each patron a greater freedom in defining his or her experience of a given film (comedies, obviously, have a different rhetoric, but we also know going in that the goal is to get us all to laugh together, so the social contract is a bit different). A distracted gaze then becomes your choice, not one you foist on everyone with your noise.

But what if we read the two ideas of the cathedral and new definitions of experience in tandem, rather than opposition? What if our catholic tastes shift out of the theater and into spaces created by the social media tools which can be such a fracking distraction? What if we wound up with something like, say, The Cinephiliacs? 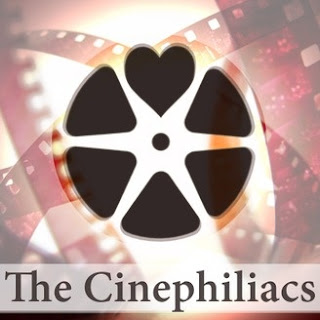 For the last year or so, Peter Labuza has been hosting "a podcast about cinephiles and cinema" that's generated fascinating discussions with film critics, bloggers, and filmmakers. Labuza, an MA student in film studies at Columbia University (and contributor to many film sites and publications, as well as a blogger at his own labuzamovies.com), has been building his own virtual worship space brick by brick (byte by byte?) by bringing together a wide range of cinephiles to talk about their cinephiliac histories, favorite movie-going experiences, key influences, and reasons for writing about (or making films and multi-media projects about) the movies. The result is something like an Inside The Actors' Studio for film writing, if James Lipton wasn't such an egomaniacal suck-up, but instead was genuinely interested in a wide-ranging discussion about the power of film.

(Full disclosure-- I have never met Peter, but I am friendly with him on Twitter and Facebook. However, since it was his podcast that introduced him to me and led to those virtual relationships, I still feel comfortable writing about his work. But take that as you will). 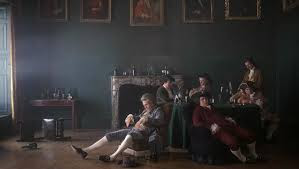 Nearly every episode of The Cinephiliacs (except for the rare episode structured around an event like a film festival report, end-of-year movie discussion or in memoriam piece) follows the same structure:

Establishing Shots: Labuza talks about a recent film or film-related topic of interest for about five minutes or so, introduces the day's guest, asks a trivia question and sets up the parameters of the podcast.

Deep Focus: The heart of the show is a 60-75 minute discussion with the guest about their life, their work, and their cinematic interests.

Double Exposure: For 30 minutes or so, Labuza and his guest will discuss a film of the guest's choosing. The discussion will go into great detail about the film's style, production history, critical reception, narrative twists, or whatever else most interests the guest about it.

Close/Outtake: A minute or two of discussion that didn't fit into the larger conversation. I'll admit that when I first started listening to The Cinephiliacs, I didn't expect this, and thought it was some kind of downloading glitch, like a bit that I wasn't supposed to hear (we usually come in medias res to the conversation the outtake captures). It was only after a few episodes that I realized it was just some sonic lagniappe, the podcast equivalent of those barking dogs at the end of Sgt. Pepper. 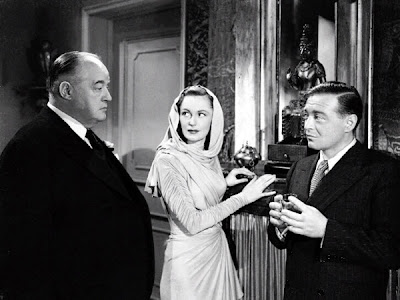 It's a simple format, but one which allows for a wide range of discussion, and Labuza approaches each conversation with intelligence and enthusiasm. The result is to create precisely the community that Seitz and Kenny worry is disappearing in theaters: every time I listen to an episode (I've been downloading them since February) I feel at least some tiny bit of affinity with the guest, an "aha!" moment that makes me smile (or shudder) in identification. Whether it's Farran Smith Nehme talking about devouring star biographies as a child and catching up with Classic Hollywood via TV broadcasts; Glenn Kenny recounting his early love of genre movies that would take him out of his own experiences and show him something new; A.O. Scott revealing his passion for John Hughes coming-of-age films; Matt Zoller Seitz remembering his start on alternative newspapers during college; Vadim Rizov recalling the glory days of 90s indie filmmaking and the dawn of internet criticism (and making me feel very old by marking the late nineties as his time of being a tween); Bilge Ebiri rhapsodizing on Barry Lyndon (the very best Stanley Kubrick movie, and if you want to say The Shining you can go visit another blog); Dan Sallit's fascinating and hilarious anecdotes about the tense relationship between filmmakers and film theorists during his time in graduate school; or Andreas Stoehr talking about what it means to be a cinephile in a smaller town, each podcast thus far has been a delight that keeps sending me to Netflix to add films to my list, and I'm excited that I still have discussions with Miriam Bale, Gina Telaroli, Kenji Fujishima and so many more ahead. 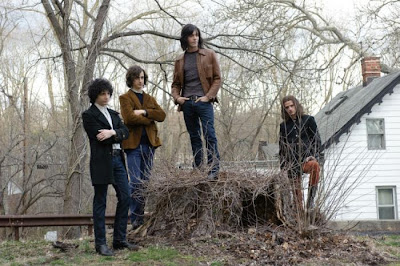 At its best, The Cinephiliacs is a reminder of Harlan Ellison's dictum: "You are not alone." For a subculture whose fragmentation can sometimes be its very alluring calling card, this indication of overlaps in our worship feels essential. It uses new technologies to generate new definitions of "the social," linking disparate experiences and reminding us of why we watch, write and share: it's a virtual body, but one no less resonant or full of passion.