What Kind of Day Has It Been?


So, here are some things that have happened in the last four-and-a-half years:

I finished, defended, formatted, and turned in a 230-page dissertation about anecdotes and Hollywood. I got married. One job ended. Another job began. That job ended, and still another one began. A good friend of mine died of cancer, suddenly and shockingly, five weeks after a diagnosis that stunned everyone (she was, as far as everyone knew, active and healthy as all-get-out, and a hell of a soccer player). I started freelance writing for film and pop culture sites (you can see a portfolio of some of those pieces here), and also began a sideline in corporate copy-writing. I got a contract to write a book about U2, which I will be finishing shortly. I wrote an academic piece on Mad Men, and am in the midst of another about Bruce Springsteen. Other book projects are in various states of gestation. There was family, and travel, and the kinds of self-evaluations and retrenchments and self-recognitions that can really only come out of periods of shift and change-- recognitions that can be overwhelming in the moment, but are ultimately productive and transformative. All in all, I'd say that--not so much despite but because of all the rapid change in the last four years--I am in a much better place than I was when the long, strange trip began.

"Why is he telling us all this?," you might be asking yourself. Well, partially it's the nature of the blog: I want the links between life and text/subject to be there, even just in an implied or oblique way. This isn't a for-profit site, or a formal, academic site (although by both nature and training, I can't help but draw on that language). Even more than in other places where I write, this is a conversation (I sometimes look at my "clicked-on" & follower numbers, and wonder how one-sided that conversation is, but nevertheless). I want that conversation to be funny and engaging and helpful, but also a bit more intimate than it might be in other spaces. This was true seven years ago, when I said hello and started blogging like a madman, certain I'd never have enough thoughts to fill a space like this for very long (so casually nervous was I at the start, that I didn't even bother to italicize titles, something that now mortifies me). And it's true now, as the blogging has slowed, and there have been a few more picture-driven posts, and a few less text-heavy ones. I once thought an alternate title for the blog might be An X-Ray Of My Head, since a lot of me went into the posts, in the manner of Pauline Kael referring to her film reviews as a kind of coded autobiography. "It's always someone's voice," Roland Barthes wrote, and I think it's valuable to occasionally, more explicitly let you know where that voice is, and where it's been.

Another reason is that, well, the voice has slowed a bit in recent years, and I wanted to touch on a few reasons why. I don't believe there's any obligation to blog every day (even if I'm kind of in awe of folks who can do that, day in and out, and do it so well), but I didn't think it would ever slow to six posts in one year. What can I say? Things have been crazybusy, and life should always trump blog. While I hold to this like a writerly catechism--and feel tempted to paraphrase the great President Bartlet: Those who don't like it can read someone else's blog--I wanted to explain my occasionally lengthy absences (in one of those moments of serendipity that this blog lives for, I-Tunes' "shuffle" function just called up INXS' "Disappear"-- twenty-first century, I love you).

The final reason is that, over the next week or so, I want to start blogging about the stuff that's fascinated me over the last twelve months. Sure, sure-- all those bourgeois blogs out there foolishly get their year-end lists out before the end of the year. Suckers. My brilliant plan was to wait until 2015 to regale you with my musings about 2014-- after all, what if something important happened on New Year's Eve?? 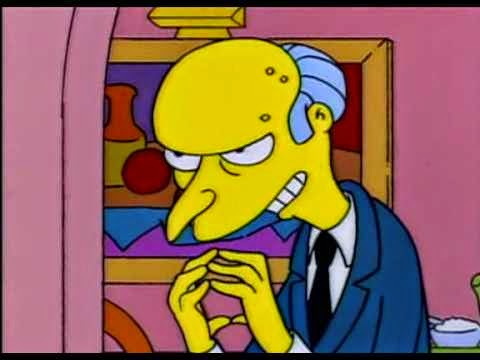 No, that's crap, actually-- it's just my usual busy schedule (although, as it turns out, I didn't catch up with one thing I want to write about until Dec. 31, and a few more in the days that have followed, so there). But the business (and busyness) of life means that I haven't seen enough movies to do a film list, or listened to enough albums to do a music list, or read enough comics to-- well, you get the point. And my brain doesn't work like that, anyway (I don't think anyone who studied Comp Lit has a brain that works like that). This blog (and my brain) is more like an associative web, a voice with a Tristam Shandy-like tendency to be logorrheic and jump the tracks to the next new thing.

So, over the next week I want to offer "Stuff Brian's Been Enjoying: 2014" (that's a working title, you realize), a potpourri of all kinds of media I've been consuming and enjoying over the last year, not all of it actually released last year (I don't buy the Richard Brody line on time, history, cinema, and consumption, and stand more with the old NBC promotional tag: "If you haven't seen it, it's new to you!"). And even if you have seen it, I hope I'm able to spin it for you in a manner that's engaging, informative, and maybe even funny (I can dream...).

Patrick O'Connor said…
Congratulations on returning to your blog!

Brian Doan said…
Thanks, Pat! I'm hoping to get things up with a bit more frequency in the new year!

As for your FB question-- there...probably is? I'll look into that, although I'm also just going to try to make the links to FB each time something goes up, anyway. Thanks for reading!
January 3, 2015 at 3:29 PM