Time Passages: The Age of Adaline 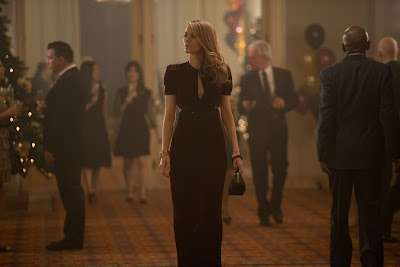 Blake Lively knows just where the light hits her when she walks past the camera in The Age of Adaline (2015). She understands how to tilt her head so her cheekbones can be half-cast in shadow, so her Veronica Lake waves can fall exactly where they need to for proper effect; she precisely times each flicker of a smile, seems to have worked to a science the spatial dynamics between a glance of her eyes and a sway of her hips; the rhythm of her hands when she picks up a book or grazes the knuckles of a co-star are a graceful, cinephilic metronome.

I know this might all sound condescending, as if I've ignored Lively's actorly interiority (and that of her titular character) altogether. But I assure you it's a compliment. Watching Lively float amidst the shifting time-frames of The Age of Adaline, I kept thinking about David Thomson's famous passage about Humphrey Bogart in The Big Sleep:

This touches on a vital principle: that it is often preferable to have a movie actor who moves well than one who "understands" the part. A director ought to be able to explain a part, but very few men or women can move well in front of a camera. In The Big Sleep, there are numerous shots of Bogart simply walking across rooms: they draw us to the resilient alertness of his screen personality as surely as the acid dialogue. Bogart's lounging freedom captures our hopes. 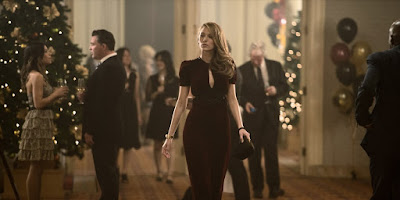 Thomson's observations, written in 1997, still have the power to upset standardized critical notions of acting, meaning (and its more ideologically loaded cousin, "value"), and depth. This remains particularly true in a post-Method age that insists on performers showing the work, like perpetual students working out the whole equation. But the mathematical precision of Lively's interactions with the lens, its mobile framing, and everything that frame captures shouldn't be undervalued or overlooked, especially since "casting a spell" is at the heart of Adaline's glamorous grammar. 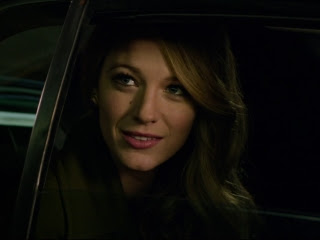 When it was released this past spring, The Age of Adaline received mixed-to-negative responses from critics, with some admiring the strength of its cast and others the old-fashioned romanticism of its melodrama, but with many of them falling closer to Manohla Dargis' take: "The filmmakers try to insist that time weighs heavily on Adaline, but there’s little in J. Mills Goodloe and Salvador Paskowitz’s script that suggests that the years have left her with much more than an expansive wardrobe and a knack for both languages and Trivial Pursuit."

There are few contemporary critics I admire more for a turn-of-phrase than Dargis, and that's actually a really lovely example of why. But I think it's also worth unpacking just a bit, if only to ask--what might be more important to a film like this than an expansive wardrobe? 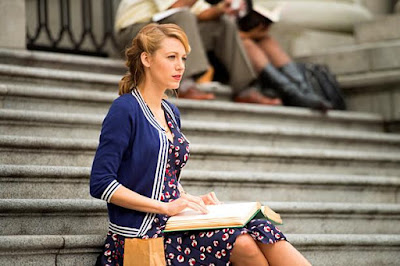 "The eternal is in every case far more the ruffle on a dress than an idea,” Walter Benjamin correctly noted, and Adaline takes up that notion as both a challenge and a mission statement. Adaline Bowman dies in a car accident at the age of 29, and some kind of magical combination of snow, metabolism, and narrative need both brings her back to life within minutes, and prevents her from aging another day. That happens in 1937, and she moves through the next 77 years as a forever-young beauty who takes up assumed names and new identities in order to fit in with each passing generation, in order to fit in to changing surroundings in which she is something increasingly alien, which move behind her like a 3-D theatrical scrim. In other words, Adaline--whatever her many chosen jobs and professions--is an actress. 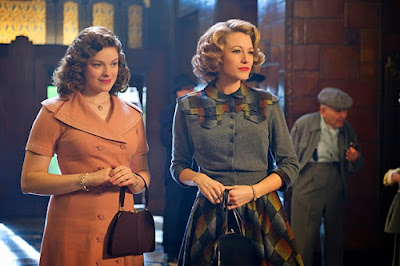 If you're going to make acting (and particularly star performance) your subtext-that-might-as-well-be-text, you're going to need an exquisite eye (cinematographer David Lanzenberg, who manages to evoke the movies of several of the eras Adaline floats through, and had previously shot the melancholy rom-com Celeste and Jesse Forever for Adaline director Lee Toland Krieger), wonderful art design (by Claude Paré, who'd previously worked in a period vein on The Aviator), and lush costuming (by Angus Strathie, who shared an Oscar for his work on Moulin Rouge!). There's a ham-handed narration that occasionally intrudes on and re-states what we're already seeing, and a few attempts early on to frame Adaline's life as a quasi-documentary (that newsreel motif is quicky & thankfully abandoned), but for the most part Krieger understands that his movie is a plush discourse on watching and being watched, and where the lines can painfully blur between those two positions. Adaline is aware of being an object, never moreso than to herself: her self-consciousness, again reflected in those precise moves noted above, is her protective wall against living too much in a world where her talent at casting a spell makes her a desirable performer, even as her agelessness makes lasting connection impossible. 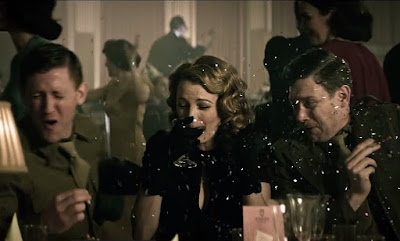 It's good, then, that the character is played by Blake Lively, whose work on the Sisterhood of the Traveling Pants films and Gossip Girl (and even in disappointing comic book movies like Green Lantern) demonstrated her ability to breath empathy and sweetness into thinly-written archetypes. Both Gossip Girl's Serena and the Sisterhood's Bridget are characters with hidden depths, who hide behind what they think people want out of them. Adaline's irony is that what people want is just her, and yet she constantly distances herself--via surfaces of clothes, hair, gesture--in the name of a self-sacrifice that's never requested. Lively looks the period part, with Adaline's first sixty years functioning as a compressed, less self-congratulatory skim on The Hours: it's American history as pulp melodrama, and Lively moves through it well. 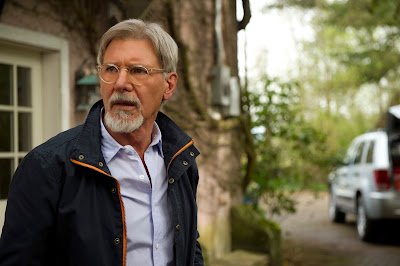 Around her is a cast whose more naturalistic talents are spotlit by Lively's skillful artifice. Michiel Huisman is very sweet as a young start-up tycoon who wants to share his geeky love of history with Adaline; Amanda Crew shows up late in the film for a few potent and funny scenes as Huisman's sister.  Kathy Baker is very effective as a wife and mother whose life intersects problematically with Adaline's, and Harrison Ford is superb as her husband. As he ages, Ford has become a far less closed-off performer: he's always been talented, intense, and charming (and a life-long favorite of mine, as the scoundrel smuggler in the first film I ever saw), but now he seems more willing to be sad and vulnerable on-screen. Between this and 42, it's a real pleasure to see him having a mini-renaissance (and a younger version of Ford's character, eerily essayed by Anthony Ingruber, only enhances Ford's layered take on regret). 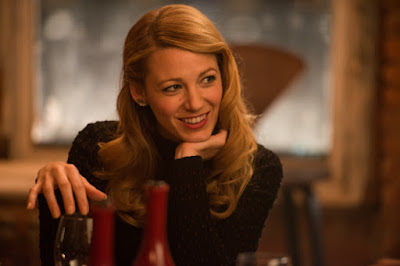 Then again, aging, regret and opening oneself up to new sorts of movements are what The Age of Adaline is ultimately about. Whether it's in the dozens of forties and fifties melodramas the movie calls back to, the casting of a superb Ellen Burstyn as Lively's daughter (and the ways their interactions point back to Alice Doesn't Live Here Anymore), or simply in the way the camera and its figures time-shift together, the tension between living in the moment and hurtling back and forth in memory is always in the film's forefront. Towards the end of the film, Ford and Baker stand in the middle of a party, as he gives a toast to his guests. As the scene began, I was certain that the two stars were framed in a doorway, with various guests standing behind them down the hall. As the camera slowly dollied in on Ford, I realized that what I saw behind him was a mirror, and that the guests that I thought were part of a deep focus shot were actually just a reflection behind him. And then I realized, that's pretty much the same thing.