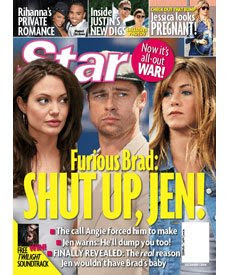 Surreal moment of the day:

I was walking to Mudd (Oberlin College's main library) this evening to return some DVDs. As I headed up the ramp, I overheard one of my students, a few yards further up, talking to some friends:

I paused, wondering if the cold, the distance and my massive ego caused me to mishear her. But then she said it again.

"Cool!," said her friend (obviously someone with good taste).

I was properly bundled in winter headgear, which allowed me to slip by unnoticed, but I didn't know quite what to make of it. I have been on Facebook for a little over a year, and have had several students "friend" me (for a while, I was encouraging them to do so, as a way of matching names to faces at the beginning of class. Of course, not everyone uses pictures of themselves-- or if they do, the pictures are transformed by light, shade, or the funhouse mirror distortion that comes from shooting your face through the bottom of a beer glass-- so the idea didn't really work out as I'd intended). It's fun, and a good way to keep in contact during and after the run of the course.

But I've never really heard them talking about me, or my Facebook page, or the simple act of "friending" me. I felt a little like Lucy in Voyage of the Dawn Treader, when she discovers the spell that lets her listen in on her friends' secret thoughts about her. In that book, Lucy finds she doesn't want to know all the negative things they are thinking behind her back, a reason I tend not to go to RateYourProfessor and similar sites: if it's negative, it will be depressing, if it's positive it will be equally paralyzing, and either way it seems more like a space for students to vent than for us to read the venting.

I don't think this student was speaking badly of me-- I know who she is, and have a good relationship with her. But it is kind of an out-of-body moment when you're confronted with that reality that you exist as a person/persona for your students outside of the class and related course activities (like meetings or screenings or whatever). I know I did the same thing with my professors, talking with my friends about those I both liked and disliked as an undergrad. It's just an odd, funny, flattering, and slightly bizarre experience when it happens to you.

However, if those pictures of me, Angelina, and Agent Sellassie turn up online, I will start to feel paranoid...
Labels: Anecdotes Media Oberlin Pedagogy Random Oddness technology