The Title Above The Name 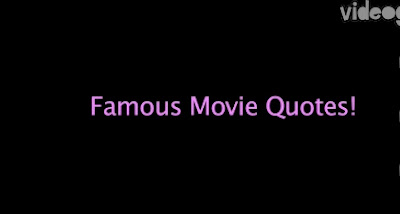 Penn and Teller once wrote an article for Premiere where they revealed one of their favorite movie-going habits: cheering in theaters whenever a character onscreen spoke the film's title (they noted this worked especially well in films like Wall Street).

Over at videogum, they've put together a video that exploits this question to the hilt. It's very funny, but the fascinating thing is how hypnotic it becomes; the line between narrative, audience and marketing becomes blurred, and a surreal space somewhere between David Ogilvy and Andre Breton is made visible.