Stories For The Future (Updated) 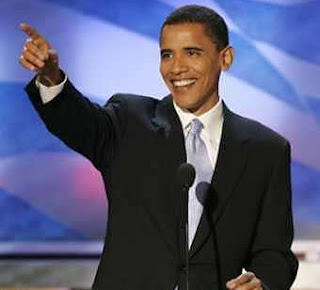 A cold and wet March day just passed, along with two talented men, and I promise to get back to writing about movies and pop culture soon. But I can't get Barack Obama's speech out of my head. I didn't see it on TV-- I was on-campus working-- but I read the text of the speech, and was deeply moved. It's a brilliant piece of work, so strong that even the smart, tough Hillary Clinton supporter Tom Watson (whom I admire a great deal, and with whom I've disagreed about almost everything this political season) had kind words for it. I have no idea how it will play: it is full of complex movements from individual concerns to national ones, from recognizing divisions to calling for unity, from the personal to the social and back again, and there's already been some pundit carping that it "didn't go far enough" (in one regard, it went further than Joan Walsh did, by addressing the Geraldine Ferraro controversy she completely ignored last week, and doing so with a surprising degree of grace).

Personally, I thought its imaginative weave of meanings, emotional registers, historical references and personal detail was enthralling, and exactly the kind of thoughtful and honest exploration of ideas that I always want from a politician, and so seldom get. In his book The Avant-Garde Finds Andy Hardy, Robert Ray quotes the anthropologist Michael Taussig, who, when he asked why certain colonial movements had succeeded, was told "Because their stories were better than ours." For so long, American politics has been dominated by well-worn narratives about itself, and about its various threads of race, class, gender and identity; much of the primary season thus far has been dominated those older narratives (of both the left and the right) and their shibboleths. What's exciting about Obama's speech was its desire for new narratives, for better stories about who we are and who we might be, stories that acknowledge pain while still expressing a hope for the future. In blog terms, it's a re-routing of conventional narratives, finding new links and paths through the familiar, whose turns offer different perspectives from the linear fatalism that often dominates such debates. It's a reminder that "the audacity of hope" is not just a good campaign phrase (although it is certainly that), but also a way of thinking about the links between rhetoric, imagination, and possibility (there are many parallels between politics and academia, but a key one might be an overreliance on a patented hipster skepticism, a desire to not be caught out, and to therefore close out the notion of a different future). Please go read the speech: it made me very proud to have voted for him, and on a cold and wet March day, that was a warm thought indeed.

UPDATE: This'll teach me not to blog so late at night: here I was, urging people to read the speech, and I forgot to provide the link!. Bob also provides a link to the video clip in the comments section.
Labels: Blogging Bob Westal Election '08 Media Obama Pedagogy Politics TV Writing

Bob Westal said…
Thanks not only for the two shout-outs in one day, yesterday, but for covering this. I swore on my blog that even if the three remaining candidates were caught in a kinky three-way, I was through with Presidential politics there through the end of the month, so my hands are tied.

Anyhow, the speech is not only well worth reading, but listening to and/or watching. It's not one of Obama's patented stemwinders, but it's no less powerful and engaging. According to some, the video has already gotten 1.25 million views. Here's a link.
March 19, 2008 at 12:29 PM

Brian Doan said…
Hi Bob,
Thanks for the link, esp. since I forgot to provide one in my own post! I feel you on the desire to not blog about primary craziness-- I've felt that way, too, and if it had been the candidates attacking each other again, I probably would've passed. But I really liked Obama's speech, and thought it was worth writing about.
March 19, 2008 at 12:58 PM

Anonymous said…
Just to clarify--I realize replaying content from earlier in the day is a usual C-SPAN practice, but it's still great that people with cable access could watch the speech in prime time after it had been making news since 11 AM.
March 19, 2008 at 2:07 PM

Greg said…
I'm late to the commenting game on this one but I just want to say that (and I'm sure this will sound slanted because I'm an Obama supporter) I believe this to be one of the most heartfelt, moving and honest speeches I have ever encountered from a politician. I found it utterly amazing.

I feel like I have a personal stake in this election. Even though I've been voting since the eighties this is the first time when I will feel emotionally saddened if my candidate doesn't win. I was over Dukakis (my first election) losing in about two minutes, and wasn't distraught over Gore or Kerry either even though I have a deep-seated disgust of that idiot in the White House. It's just that I didn't feel personally connected to Gore or Kerry like I do with Obama. It seems like he's the first candidate that is really speaking to my generation (Gen X) and not clinging to the many victim cards dealt out by the Boomers. He feels like his own man, not a party robot (Gore) or a Machiavalian aparatchnik (H. Clinton).
March 20, 2008 at 9:28 AM

Brian Doan said…
Jonathan,
I liked the speech, too, and also feel more emotionally invested in this candidacy than those of past years (although I felt very invested in 2004). I think this might explain why I keep posting about it, even when the primaries are driving me crazy.
March 20, 2008 at 7:37 PM