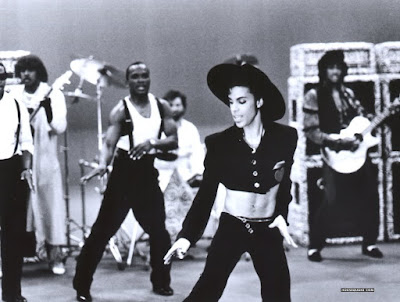 I genuinely believed I'd never have to write this blog post.

When my wife came upstairs this afternoon and told me Prince died, it didn't actually register at first: I thought of John O'Hara writing of George Gershwin's death: "I don't believe it if I don't want to." It's not an exaggeration to say I feel like a whole chunk of my universe has been ripped away-- aside from the Beatles and Miles Davis, no musician meant more to me, or did more to transform my life, than Prince. I wrote about it a couple of years ago in this blog post, which was not even about Prince, but about the comic book THE WICKED+THE DIVINE (which, I could not have known then, was going to add a Prince-like character to its pantheon of warring pop gods):

It was a few nights ago, and while talking about pop music with my wife, I was trying to explain the impact Prince had on my teenaged self. Finally, after talking about the playfulness of his persona, the powerful contradictions in his lyrics, the energy of the music, I settled on the most expressive reason: "Prince taught me how to walk." 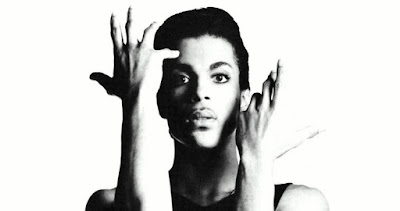 I wasn't sure what that meant, exactly, except that I felt it very deeply: vivid visual memories of high school hallways, being sixteen, understanding that there was such a confidence to Prince's work that you literally felt it, that it transformed your body. Hundreds of songs exist about dance floors and nightclubs, but the best pop music gets under your skin everywhere, transforms the everyday into a song. It's alluring and liberating and addictive, and Kieron Gillen and Jamie McKelvie get it down to their bones. When, in one of his patented end-of-the-issue essays at the back of issue two of The Wicked + The Divine, Gillen alludes to his own experience with the physicality of pop-- talking of how Hole's "Beautiful Son" made him "...walk better. I wasn't uncomfortable, but now I'm beyond comfortable. It's the first time I've felt like a shark in any waters. Whatever this is, I'm at home here, and I'm powerful here."--I smiled and nodded in recognition.

There are pop artists that speak to you so deeply that it's like you've known them your whole life, that they were buried in your subconscious, and each new work is less an act of consumerism than one of self-recognition, another part of their body of work intersecting with yours, and everything moving together.


I spent the rest of the past several hours in a kind of haze, tweeting incessantly about Prince as a kind of catharsis, as if I was subconsciously building a wall of remembrance, as if sharing images and song lyrics and memories (and cross-listing and re-posting other people's similar tweets) could both expunge the confusion at his sudden death and perhaps work like a sort of seance. But mostly it's because I wanted to say something, but lacked the words (at least on first hearing the news). Talking about him, reading about him, listening to the music was and is both a gesture of mourning and a joyous act, similar to what Shawn Taylor says in this lovely piece:

Losing Phife, David Bowie, and now Prince in the same year is devastating. Not because of an unhealthy relationship to pop stars, but because art matters. It matters differently to each of us, but it matters. But out of all forms of art, music, I feel, matters the most. It can speak for you when you’re tongue tied. It can describe what you’re feeling when you can’t get your mind right to identify it. It can get you out of bed, dancing across the floor, shaking the blues from your fingertips and swaying hips. It can help you find the tears that don’t come when you need them to.

I hope to say more about Prince and his work, and what it meant to me, in the coming weeks. But for now, I just want to re-post a link to something I wrote three years ago for the late film journal Cinespect. It's called "The Curious Case of Christopher Tracy." It's nominally about his criminally underrated movie Under the Cherry Moon (and its relationship to the Baz Luhrmann Gatsby adaptation that was about to be released), but it also takes a wider view of what Prince meant in a particular cultural moment, and what his work still means to me, and it says a lot of what I would want to say in the immediate wake of his death. In particular, this part feels resonant for today:

When Christopher is killed by Issac’s thugs at the end of the film, he ascends to heaven, or at least that’s what the music tells us: The fragile acoustic ballad “Sometimes It Snows in April” offers a vision of Christopher from Tricky’s heartbroken perspective, while the appearance of the actual Prince and the Revolution on the credits, singing “Mountains” while floating in the clouds, suggests a witty play on myths of rebirth, the ending Gatsby didn’t get. Is it possible that this is also the “heaven” that Duke Ellington wrote of in his work, the code word for Harlem, with all its political and artistic possibilities for a burgeoning black artistic class, one more historical nod to the past by the director, even as his funk closes the film out in the musical future? Or has the green light moved out of the bay and across the continent? At a key moment in “Under the Cherry Moon,” Tricky sports a cowboy hat; it’s an ironic play on a key signifier of American masculinity, since Tricky is wearing it during a breakdown, but also a reminder of where Jerome Benton and Prince are from—the Midwest that Fitzgerald (himself a St. Paul native) refers to throughout “Gatsby” as “the West,” without any qualification. For Nick Carraway, it’s a space of retreat from an East he no longer wants any part of; for Fitzgerald, a space he escaped. But for Prince it remains the frontier in all senses, the center out of which stretches his endless creative horizon, where concentric circles of style, image, and history float like cherry moons. It’s Prince’s final reversal on the Fitzgerald dilemma: “to be borne back ceaselessly into the past” not as nostalgia trap or defeat, but as a postmodernist call to arms. 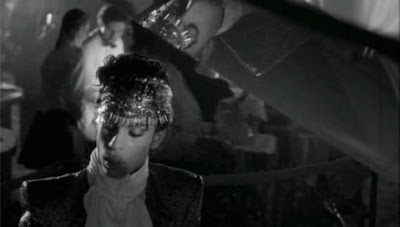