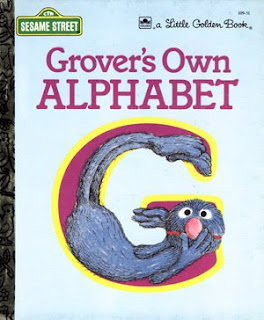 Temptation of the alphabet: to adopt the succession of letters in order to link fragments is to fall back on what constitutes the glory of language (and what constitutes Saussure's despair): an unmotivated order...which is not arbitrary (since everyone knows it, recognizes it, and agrees on it). The alphabet is euphoric: no more anguish of "schema," no more rhetoric of "development," no more twisted logic, no more dissertations!
--Roland Barthes

Last week, blog pal Bill tagged me with a meme that's been making its way through the cinesphere, called "the Alphabet Meme." It started at Blog Cabins, where Fletch came up with the following:

1. Pick one film to represent each letter of the alphabet.

2. The letter "A" and the word "The" do not count as the beginning of a film's title, unless the film is simply titled A or The, and I don't know of any films with those titles.

3. Return of the Jedi belongs under "R," not "S" as in Star Wars Episode IV: Return of the Jedi. This rule applies to all films in the original Star Wars trilogy; all that followed start with "S." Similarly, Raiders of the Lost Ark belongs under "R," not "I" as in Indiana Jones and the Raiders of the Lost Ark. Conversely, all films in the LOTR series belong under "L" and all films in the Chronicles of Narnia series belong under "C," as that's what those filmmakers called their films from the start. In other words, movies are stuck with the titles their owners gave them at the time of their theatrical release. Use your better judgement to apply the above rule to any series/films not mentioned.

4. Films that start with a number are filed under the first letter of their number's word. 12 Monkeys would be filed under "T."

5. Link back to Blog Cabins in your post so that I can eventually type "alphabet meme" into Google and come up #1, then make a post where I declare that I am the King of Google.

6. If you're selected, you have to then select 5 more people.

I was out of town when Bill tagged me, and didn't find out about it until Saturday or Sunday, by which point the meme had made its way to most of the people I would have tagged. So I don't know how well I'll pull off step six, but I'm happy to comply with the other five.

I tend to enjoy memes, and this one is especially interesting to me. My MA thesis on Since You Went Away was done in an "alphabetic" style, a series of fragments placed in alphabetic order and titled according to elements in the film's mise-en-scene (so "hats," for instance, or "bowling"). Based on Robert B. Ray's The Avant-Garde Finds Andy Hardy, and Roland Barthes' alphabetic musings in Barthes par Barthes, the idea was that an intense concentration on those kinds of visual elements might allow them to act as hyperlinks that could connect elements across the films, across other films, into cultural histories, etc. Freed from the tyranny of the central thesis, each fragment functioned as a sort of theoretical fetish, free to rewire conventional wisdoms about the movie and Hollywood more generally (Ray develops this alphabetic method in even greater detail in his new book, The ABCs of Classic Hollywood).

This alphabet meme doesn't function exactly like that (at least for me), but I liked the idea of it, as a forced focus on letters means the blogger can't just rely on canons of critical thought, socially acceptable theses or hipster attitude. One film, one letter is more like the parlor game David Thomson designed in his Biographical Dictionary of Film, where in his entry on Howard Hawks, he contemplates the "platonic circle" attitude that develops when critics gather to discuss the "ten greatest films of all time": rejecting the approved notion that there must be "important" films on the list, Thomson instead chooses ten Hawks films. I didn't go that far (although I sympathize with his Hawks fetish), but I like the spirit he suggests-- what happens when we get past obligation to the messier and more interesting questions of personal desire?

Questions arise. How do you balance out directors? How do you balance out stars? Genres? Periods? National cinemas? Is this a "best of" list, a list of favorites, a hopscotch overview of taste? Do I bend the rules about translation to squeeze in more films I love? Do I dare slip a few television shows in, since that form increasingly seems as "cinematic" as stuff playing in theaters?

The form constrains, but also generates interesting observations: I suddenly noticed that most of my favorite Otto Preminger films have their titles grouped at the beginning of the alphabet (Advise and Consent, Anatomy of a Murder, Bunny Lake Is Missing, Bonjour Tristesse), which is distressing, as Breathless and Bringing Up Baby were already battling for one of those slots. I settled on Fallen Angel, which ended up being better: it's not my favorite Preminger, but it was the one that, through the figure of the lovely Linda Darnell, first made me notice his brilliance, and caused me to seek out his other work.

In fact, I found that a lot of my favorite films gather around letters like "B" (the aforementioned films, plus Boudu saved From Drowning and Bed and Board), "R" (Rules of the Game just missed the cut, because I knew I needed Michael Powell on there somewhere), and "S" (not only Sturges, but also Slacker, Small Back Room, The and Star Wars (sorry, Campaspe). And a lot of films I could think of for "V" I disliked; perhaps its shape (an arrow pointing downward) is my personal thumbs-down.

Why do so many Hitchcock films begin with "F" (Foreign Correspondent, Frenzy, Family Plot) or "S" (Saboteur, Shadow of a Doubt, Stage Fright), to say nothing of Vertigo, Notorious, To Catch A Thief and Thirty-Nine Steps, The? Is there something about those consonants that elicits a greater degree of fear? Or is that, between Alfred and Otto, the two darlings of Cahiers du Cinema simply control suspense at both ends of the alphabet?

Finally-- everyone talks about how "Q" is the hard letter, and it's true that it was daunting, but you know what one really stumped me? "H." I don't know why, but it took me the longest time to think of a film I liked with that title (Hellraiser-- a film I hate-- kept blocking my memory banks with his pointy face). But I was pretty happy with the one that eventually popped into my head.

"Popped into my head" is an important guide to what follows. It's not a "26 favorites" list, or "the best films EVAH starting with these letters," but-- per Glenn Kenny-- more a "these are the 26 films I like and I thought of when I sat down to do this" kind of list. Which might be the best way to approach it-- the Surrealist-like immediacy of those choices does act as a kind of palimpsest of a personal cinema, a report for further research.

While many folks have already been tagged, I'll tag Brendan, Bob, and anyone else out there who wants to play tag. You're it!
Labels: Blogging cinephilia Let's Play A Game Links movies Pedagogy Robert Ray Roland Barthes Writing

Ed Howard said…
It's interesting that you bring up Hawks, because one thing I've noticed is that almost all these lists have at least one Hawks film, sometimes many more. Other canon directors come and go, but virtually everyone went with some Hawks. You picked the same one as me, which happens to be my favorite of his films, my favorite Hollywood classic (in a tie with Cukor's sublime Holiday, a great H movie), and easily one of my favorite films of all time. There seems to be something about Hawks that makes him come up very often in these lists, especially the ones done off the top of one's head.

Lots of other great choices here, too, and I love the Preminger pick. Like you, it's not my favorite (that'd be the incomparable Bonjour Tristesse) but it was the first movie I saw by him and I still think it's probably his best noir.
November 21, 2008 at 11:06 AM

Brian Doan said…
Ed,
Yes, Hawks seems to be a central figure in the film blogosphere, and deservedly so-- I never get tired of looking at Angels, or Bringing Up Baby, or The Big Sleep, or Red River, or...

I love your list! Bonjour Tristesse is my favorite Preminger, too! Although Bunny Lake is a close second. And thanks for putting Alone: Life Wastes Andy Hardy on your list-- that's such a wonderfully strange, disturbingly beautiful film.
November 21, 2008 at 12:09 PM

Brian Doan said…
Dave,
Thanks, man! Yeah, all the Bunuel from Exterminating Angel on is so good. It's interesting that he became more interesting and surreal the older he got, and how well he slips the spirit of Un Chien into seemingly more "conventional" narrative structures.
November 21, 2008 at 12:11 PM

bill r. said…
Great call on Empire of the Sun. I love that film, and it has one of the most haunting openings I've ever seen. I can't believe it's day hasn't come yet, and it's still pretty much forgotten.
November 21, 2008 at 4:51 PM

Brian Doan said…
Bill,
I love Empire of the Sun-- I think it's easily Spielberg's best wartime film, and better than nearly everything he's done, save Jaws, Close Encounters and ET. And I still can't believe that little boy grew up to play Batman.
November 21, 2008 at 6:23 PM

Bob Westal said…
I still haven't fully completed the last meme you assigned me -- and I'm a bit foggy in the head from a slight flu or cold or something. But I think I have a solution....
November 21, 2008 at 9:18 PM

Brian Doan said…
Bob,
Totally cool-- I tagged you because you're a blog pal, and I was curious to see what you'd come up with. But there's no pressure at all-- only do it if want to. Sorry to hear about your cold-- I've been battling one on and off this week, too. Damn winter!
November 22, 2008 at 12:12 AM

Bob Westal said…
The response is up...and Never fear to tag me (though also never tag out of fear), Brian. I like to jokingly grouse about it, but those things are definitely fun. And I seem to be fully recovered from that vague miasma of last week, which it turns out my housemate also had.

I think a lot of people probably got minor (and maybe not so minor) health issues around here after what the fires did to the air quality in some places (I live almost 20 miles from the nearest hot spot, but this section of OC got hit pretty hard by a creepy, smoky orange/brown haze that the winds blew directly over us). In our case, it was most likely some mini-bug spread through our air conditioning system -- which the air forced us to keep running for about four straight days, but I'm sure people with asthma, etc., really suffered.
November 24, 2008 at 3:21 PM