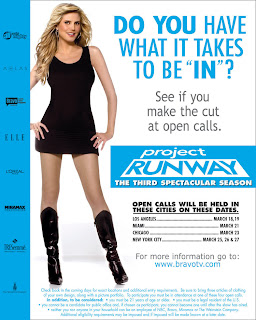 As the great Jed Bartlet once said, "I'm tired, I'm pissed and my wife is in South America-- this had better not take too long."

Actually, I'm tired (hello, one hour of sleep), missing The Girl, and waiting for this damned fog to clear so I can finally get on a plane and get out of an airport where ongoing construction makes it difficult to hear arrival and departure notices (their drills make a noise that sounds like Harpo Marx's horn, ringing out every three seconds or so). James Cagney movies are playing on TCM, on the TV above my head, so I occasionally look up and see his face, but I can't tell which films they are, and they've started to feel like one big film, one cinematic fever dream of cocked heads, slippery smiles and Pat O'Brien. So far, there's an 1 1/2 hour delay in my flight, so that gives me just enough time to follow up on an earlier post (speaking of fog...).

One of the things I meant to add in my brief Oscar nom overview was how predictable and pre-fab the whole thing ended up feeling. That doesn't mean there weren't nominations that surprised in good and bad ways (again, I say-- Elizabeth II: Electric Boogaloo? Really??), but overall it seemed to go According To Plan, if you've followed reviews, film blog predictions and horse race prognosticating. The Coens, PT Anderson, Juno, George Clooney, Atonement....I guess the lack of a Best Picture nod for Sweeney Todd surprised me, given Johnny Depp's now-suspect allure as awards bait, and the months of hype and "No, I really liked the movie (really, it's ok, really...)" interviews from the great Stephen Sondheim. And a nom for Amy Adams for something would've been nice.

Still, more than anything (and maybe it's just my age and years of Paul Haggis wins wearing me down), what shocked about the nominations was their lack of shock, the sense of a consensus coalescing around approved films and figures. It feels like the film equivalent of the presidential primaries, where it's always a "terrific night" for John McCain, or where no Democratic candidates matter except Clinton and Obama-- the framework is created, and then our choices confirm said framework. Watching Project Runway last night with The Girl, we noted how often the same people got free passes despite some lackluster designs, while rather offbeat and interesting outfits didn't make the cut (ha, ha) because they weren't attached to competitors whose angst, ego and rank incompetence helped to generate the narratives the PR folks seem determined to replicate each season.

(I'd love to see a Project Cinema, by the way, staffed entirely by film bloggers. I think Dennis would be our Tim Gunn, and Kim Morgan our Heidi Klum.)

"Line" is a term in fashion, and also in the kinds of betting a contest like the Oscars generates. We wait and wonder if the writer's strike will keep the Oscars from having any good lines to read (or if Bruce Villanch's absence might actually make the jokes better). But what lines might we write as bloggers to generate more interesting lines, better connections, across these films, and the other released in 2007 and beyond?

I have no idea what those lines might be, of course. I'm tired, I'm pissed, and my wife is in South America. But, for those searching for a longer, more enthusiastic, and perhaps more detailed look at what this year's nominations mean, I urge you to go to Sergio Leone and read Dennis's wonderful update.
Labels: Aaron Sorkin Anecdotes Awards Blogging Dennis Cozzalio Election '08 Fashion Hillary Clinton McCain movies Obama Politics Stephen Sondheim Travel TV