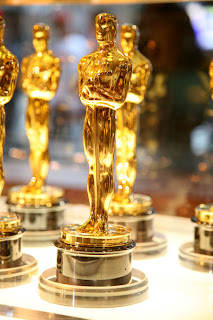 In case any of you were wondering, I thought I'd post my thoughts/predictions on this year's Academy Awards, and the Very Important race for Best Picture.

The Reader: Meh. Didn't see it, but I have the book on my shelf, and read about a third of it eight years ago, on a beach in South Florida.

The Curious Case of Benjamin Button: Couldn't be bothered to see it, especially after I heard about that ridiculous ending. A shame, though-- F. Scott Fitzgerald deserves a great screen adaptation. Maybe Scorsese to do The Love of the Last Tycoon?

Slumdog Millionaire: I'd love to see it! I haven't seen it yet.

Milk: I'd love to see it, if my local one-screen theater would finally bring it in, instead of extending the run of Paul Blart: Mall Cop, which is currently in its second (no-doubt-record-breaking) week in our fair burg.

Frost/Nixon: I've seen this one! And I liked it. More on that in another post.

And with that, I've put as much thought into the nominees as the Academy apparently did this year. I will only add that I am hoping against hope for a Richard Jenkins upset in the Best Actor category; that I will dutifully applaud when Heath Ledger's fine performance in The Dark Knight wins the Supporting Actor award, even though in my heart of hearts I think Robert Downey, Jr.'s work in Tropic Thunder was more impressive (and a lot more fun); and that I feel no investment at all in Mickey Rourke's comeback, unless it leads to the tantalizing possibility of Diner 2 (I'm serious). Oh, I also think Hugh Jackman will make a fine host, and I plan to use Jerry Lewis's Hersholt Award segment as my bathroom break (if they were giving it to Frank Tashlin, that would be a different matter).

Anonymous said…
I haven't seen Slumdog, but my good cinephile friends tell me it made Bejamin Button look like Citizen Kane. No, seriously. But it will win everything. It's this year's Crash.

And I did see Benjamin Button. It had one of those frame tales that Titanic egregiously exploited, and then it had one of those M. Night Shyamlan twists, and then it had an ending that was plain illogical. Cate Blanchett's accent was slippier than an eel, Tilda Swinton was great, and that Brad Pitt is just so darn pretty to look at! Oh, was he acting? I'm sure he was just standing around so we could all bask in his beauty for three hours.

I saw Milk and Doubt and liked them both. Thoughtful films. But Sean Penn will get robbed again I'm sure.

Brian Doan said…
Hey Virginia,
Nice to hear from you! Is REPO good? I saw that listed in Netflix (that's the one with Anthony Stewart Head, yes?), and it sounded interesting.

I'm pretty sure "he was just standing around so we could all bask in his beauty for three hours" is the description of all of Pitty's performances, isn't it? I do love his attempts to go all Master Thespian on us, though.