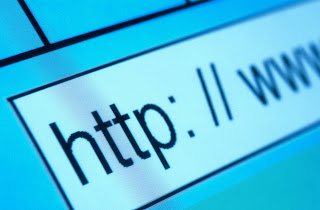 Yeah, yeah-- posting has been light this summer, as one of you was kind enough to note in a comments section awhile back (I kid, Greg, I kid). I haven't been blogging, but I have been reading a lot, and want to take a moment to call your attention to some very fine links...

-- Speaking of the Artist Formerly Known As Lapper, there's a nice piece by Greg Ferrara over at Cinema Styles about character actor Geoffrey Lewis. You probably don't know the name, but you might know the face, and Greg's piece uses Lewis as a starting point for a thoughtful exploration about movies, acting, memory and stardom. If that doesn't grab you, stick around Greg's site for awhile to scope out the groovy photos of Blanche Sweet, Julie Adams and Tony Curtis.

--I was ambivalent about Quentin Tarantino's Inglourious Basterds, but Glenn Kenny's wild rave makes me think it might be the movie to see this fall. I especially like his allusions to Godard, which might be enough to overcome my Brad Pitt allergy and get me into the theater.

-- Self-Styled Siren wrote a lovely eulogy for Budd Schulberg, who died last week. Best known as the writer of On The Waterfront and the even-better A Face In The Crowd, Schulberg was a writer of tremendous gifts and ambivalent politics, both of which Siren gives acknowledgment to in her post. Like all of Siren's posts, it's also about writing, and it's a gorgeous example of the art. Go, read.

--John West is back, in case you (like me) were wondering where his fabulous blog Ich Bin Ein Oberliner disappeared to this summer. Enough of this studiousness, young man-- blog, dammit!

(I kid, of course. And I do like John's move towards an anecdotal look at summer. I look forward to its next installment, as long as we don't have to wait quite as long).

--Bill R. is promising a return engagement of last year's "Halloween Horror Literature-thon" (No, that's not the title. Bill didn't give it a title. Which makes it harder for the rest of us to plug. Get on the ball, Bill). Even without a smashing title as a hook, Bill's blog-a-thons are always enjoyable, and last year's lit fest was a chilly delight. Be sure to drop by in October for this year's edition, and in the meantime browse Bill's blog for great pieces on "background films", John Hughes, and just why the hell David Mamet is doing an Anne Frank remake.

--You knew Lydia had returned to The Rack, right? I don't have to tell you what The Rack is, do I? Of course not.

(But just in case, here's a primer on the best webcomic you might not be reading).

--Bryan Singer on a Battlestar Galactica movie-- hooray! Bryan Singer on a Battlestar movie that's completely unconnected to the recent TV version, and that also involves Glenn Larson...hmmm. I think Singer's two X-Men films are great, his Superman Returns highly underrated, and his shepherding of House something to be deeply grateful for (it was his call to cast Hugh Laurie). I'd love to see him work with Ron D. Moore on a big-screen version of the most recent show. But I'm not sure what this "new new thing" (to steal a phrase from Michael Lewis) will look like. What say you all?

--Jeff keeps posting cool stuff over at Yellow Dog, including a piece that made me feel better about Facebooking more than blogging this summer. Thanks, Jeff.

Greg said…
posting has been light this summer, as one of you was kind enough to note in a comments section awhile back...

dave said…
Hey, thanks for this list of great links. I loved the piece on Breaking Away, a movie I've always enjoyed and one I now want to go back and watch.
August 15, 2009 at 12:03 PM

Brian Doan said…
Yeah, Breaking Away is great-- one of those overlooked movies about adolescence.

Oh, and I meant to say in response to your comment on the XTC post about the word verification that I always forget my blog has that function! I think the funniest one I've gotten on someone else's blog was "ramboe", which sounded like the amoeba that spawned Stallone.
August 15, 2009 at 9:10 PM

john said…
Thanks for the link!
I think I'm blogging regularly again.

Also: Thanks to you, I've started reading The Rack, and it really is the best webcomic I wasn't reading. Unfortunately, thanks to you, I have another reason to procrastinate...
August 19, 2009 at 4:05 PM