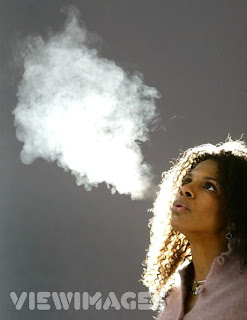 Midway through her show at the 2008 Gilmore Fest, singer Audra McDonald performed "Stars and the Moon," composer Jason Robert Brown's melancholy ballad from his 2001 show Songs For A New World. The lyric tells the tale of a personwho is promised those objects named in the title by a fervent lover, but feels conflicted:

...And he kissed me right here, and he said,
"I'll give you stars and the moon and a soul to guide you
And a promise I'll never go
I'll give you hope to bring out all the life inside you
And the strength that will help you grow.
I'll give you truth and a future that's twenty times better
Than any Hollywood plot."
And I thought, "You know, I'd rather have a yacht."

It's a sad song in the end, as the narrator makes a different choice, and realizes, "I'll never have the moon." But when McDonald sang the line about the yacht, the audience laughed-- in recognition, I think, of the way the song plays with romantic cliches, and allows the quotidian to breathe alongside the more grandiose declarations that normally dominate such songs.

That mixture of the large and the small, the grand gesture and the down-to-earth joke, defined McDonald's superb performance last Thursday in Kalamazoo. A Tony-winning actress who has also recorded a number of records and stars on TV's Private Practice, McDonald brings monstrous chops to the table, her soprano voice able to cover everything from jazz to R&B to Broadway show tunes with ease and searching beauty. But she's also very funny, and as much as I loved the songs, I almost found myself looking forward to her between-numbers anecdotes just as much. For all of the drama of her songs, she's a very subtle performer, and it takes a few numbers to recognize her strategy: opening with a song, then telling a funny, self-deprecating anecdote, which seems to almost be offhand (she'd often turn to her pianist/musical director Ted Sperling to ask questions about an upcoming song), which in turn would lead into and illuminate the next number. It became a way to take the unfamiliar (Jason Robert Brown, Michael John LaChiusa) or the daunting (Stephen Sondheim) and make them familiar and comfortable. The attention to younger and perhaps less well-known composers, the cute stories about her precocious child and recognition of music students in the audience all spoke to an overall goal of creating a connection with the audience, and a community of music and understanding. The obvious sincerity and passion of McDonald's outlook justified even the cliche of the audience sing-along (on "I Could Have Danced All Night"): instead of the air of "look, we're all singing!" hokeyness that such a gesture usually creates, Thursday night's sing-a-long was another embodiment of her desire to remind us that we all have our own voices to add to the conversation, whether we want the moon, the stars or a yacht.
Labels: Audra McDonald Jazz Musicals Pop Music Stephen Sondheim Travel