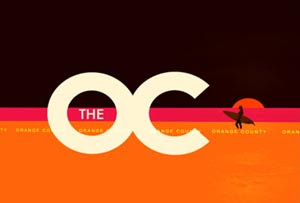 He's not running for anything, his approval ratings rest in the low 20s, and the Republican nominee just got his ass kicked (a brutal referendum on the last eight years)-- but still, George W. Bush just can't let go of the fear-mongering.

You know, Mr. Soon-To-Not-Be-President, while there's historical precedent for your concern, rather than trying to gin up our concerns in one last passive-aggressive swipe at a progressive future, why not spend your time, you know-- protecting us?

Kudos, too, to the Times for reviving the since-debunked story about the "W" keys being removed from White House computers by outgoing Clinton staffers. Even after Iraq and Katrina and the failed economy, it's deeply hard for the paper to get off the Republican tire swing.

In happier news, Orange County, California was close to going for Obama Tuesday-- his 47.4% of the vote is the highest for a Democrat since 1976. Somewhere, Sandy Cohen is smiling.
Labels: Election '08 Josh Schwartz Obama Peter Gallagher Politics The OC TV

Bob Westal said…
Thanks for following Orange County politics better than I am, all the way from Ohio. We Southern Californians (well, Angelenos anyway, which I'm technically not at the moment) are notorious for ignoring local politics, which probably explains something about the Prop. 8 snafu. (The vast majority of SoCal liberals/progressives were justifiably, I think, focused on the Presidency, but it still utterly sucks.)

Still, wonderful news and not that surprising at all. I technically live in Anaheim, but because of the utterly and completely insane way that OC cities are laid out, I really live more in the Buena Park/Stanton area, which sure doesn't feel like anyone's idea of a Republican stronghold -- except for the signs for local Repub. candidates that go up on all the minimalls at election time.

Unfortunately, though, this also didn't spread over to semi-nearby Huntington Beach, where Mayor/City Council member Debbie Cook apparently wasn't able to get too close to Dana Rohrabacher, which is a real shame. Too many rich Republicans there, I guess.

My area would easily be ripe for the taking in from Bush rubber stamp Ed Royce of the not-so-fightin' 40th District if it weren't gerrymandered within an inch of it's life. I just looked it up and the crazy thing looks like a horseshoe.
November 10, 2008 at 1:05 PM

Brian Doan said…
Bob,
Discovering your comment waay late, on an evening when I can't sleep, but if you ever happen upon this response...(: Thanks for the fascinating background on the real OC-- I love learning those kinds of everyday electoral details Sorry to hear about district gerrymandering, though.

I can't believe I always forget you're in LA, especially with the wonderful post you had the other day on Yorty. Good stuff, man!
November 22, 2008 at 12:53 AM