Curling Up With A Good Blog 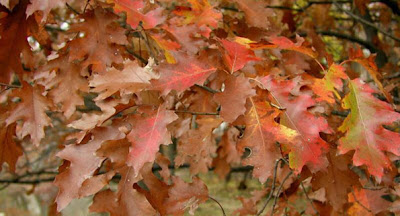 A decade in the sun means that, since I moved to Cineville last year, I've had to adjust again to the passive-aggressiveness of Midwestern weather, its unknowability from moment to moment (one layers and one sweats; pull off a pull-over, and the wind returns; it's the Lucy Van Pelt of American regions).

So, as Fall's official start rapidly approaches, it's impossible to overestimate the comfort of a good, solid blog post to soothe one's shivering nerves. Here are a few good reads around the blogosphere:

--View early and often: The polls are officially closed, the numbers counted, the hanging chads tossed away: Edward Copeland's admirable "Satyajit Ray Memorial Anything-But-Definitive List of Non-English Language Films" is officially determined and up for your perusal. It's a very good list, full of worthy and offbeat selections-- mosey on over, argue in the comments section, and start restocking your Netflix queue, because the best part of this wonderful enterprise is what it spurs you to see.

--It's hard to love a Mets fan, but when he writes with the grace, wit and precision of Tom Watson, it does become a bit easier. Watson has penned a paean to his beloved team that reminds you, in one short and sensuous rush, of why fall baseball is so wonderfully, exasperatingly essential to civilized living (even, or especially, when your team loses).

--Josh at the Comics Curmudgeon reminds us of our other national pasttime: hating Mary Worth. If you've ever wished your favorite strip was more interactive, Josh has got the link for you.

--If you want a more rational outlet for your anger, and a minute-to-minute updating of the Warner-Webb fight, check out the indefatigible Josh Marshall and his cohort at Talking Points Memo, a one-stop clearinghouse of news coverage and commentary.

--Film critic Glenn Kenny was filing witty dispatches from the recently-concluded Toronto International Film Festival, and also receiving dispatches from other critics about the Venice Fest; all are still up for good reading.