A Is For Awesome 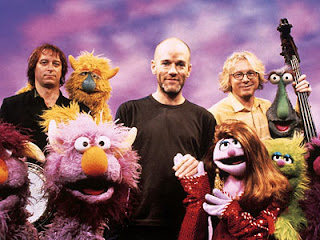 Since its debut in 1969, Sesame Street has influenced generations of children and educators. Born in 1973, it was inevitable that I'd be a child of the Children's Television Workshop era, and I hungrily devoured both Street and its companion program, The Electric Company (where I was first exposed to Rita "Hey You Guuuuys!" Moreno and Morgan "Easy Reader" Freeman) when I was a wee tot. (It's also why I am very much digging-- see, there's that Easy Reader influence--Michael Davis's new book Street Gang, a fascinating, often surprising tome about Sesame Street's genesis and development).

So, when I saw that EW.com had posted the "25 Classic 'Sesame Street' Visits, complete with video clips, I felt a rush of nostalgia and delight. It includes such luminaries as Patrick Stewart, Richard Pryor, Paul Simon, Jesse Jackson and Johnny Cash, and provides links to video clips. Mosey on over and see what it's like when stars loosen up and give themselves over to the delirium of smart, fun-filled edutainment.
Labels: childhood memory Muppets R.E.M Sesame Street TV