A Bond-A-Week: Shaken, Not Stirred 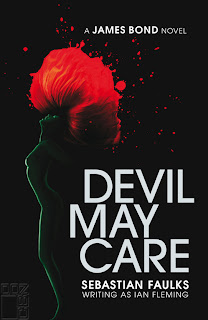 Pity poor 007: the Sunday New York Times publishes a lengthy article about his literary and cinematic exploits, and then assigns that insufferable twit, Charles McGrath, to write it.

Pity poor A.O. Scott, Manohla Dargis, and Dave Kehr-- they have done such a great job in the last five years of elevating the Times' movie coverage, making it smart and funny and wide-ranging and genuinely cinephiliac, and then along comes McGrath to undo all their hard work, with his stale one-liners ("...Bond, of course, is ageless and immortal. Never mind those three packs a day; he has wind to spare. His liver, astoundingly, is still holding up"), his sketchy research ("It was [producer Albert Broccoli] or his writers who made a trademark of the “Bond. James Bond” line, for example, and who insisted on the “shaken, not stirred” business. Fleming’s Bond is not nearly so fussy about what he drinks, as long as there is plenty of it."-- it's really the "or" that gives away how much McGrath can't be bothered to look it up), and his overall air of withering, Times-patented condescension, reminding people of how out-of-touch the Times' film coverage used to be.

But most of all, pity poor Sebastian Faulks, who's apparently written a pretty good new Bond novel, and gets stuck with McGrath as his junior Addison DeWitt. Isn't this sort of like having Maureen Dowd on your side? Faulks' novel, Devil May Care, sounds pretty good, and I look forward to reading it. But I'd trust McGrath's reading of it a lot more if I didn't feel like his article just regurgitated any number of cliches about popular writing: smug distance from the text and sly winks to the reader to let him/her know you're above it all; skimming the top of the texts without delving too deep; regurgitation of conventional wisdom instead of original insight; flippant dismissal of any possibility that the texts might have any depth or play or meaning (meaning, after all, is reserved for social problem films and Thomas Friedman columns). "At a certain level," McGrath writes without a hint of irony, "all the Bond stories are the same story." Perhaps, but couldn't the same be said for the sorts of critical responses McGrath's column so formulaically embodies?
Labels: Bond-a-Week Ian Fleming James Bond Literature Media movies Spies Writing