TV On The Radio: Dear Science: You know those moments when you hear a great band at the absolute peak of its powers, and you get that giddy feeling of gratitude that you're around to hear it in the moment it's happening? That's what Dear Science feels like all the way through. I avoided the hype on this album for a long time, since I'd found the band's previous record, 2006's Return to Cookie Mountain, to be a boring art-rock mismash that made me wonder if I'd somehow gotten a different record than all the reviewers who praised it. 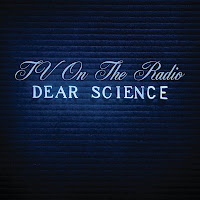 But the constant mention of Dear Science on everyone's year-end "best of" lists finally piqued my curiosity, and my goodness, does it live up to all the praise. The drum machine-bass-synth "ba bum bum's" of "Halfway Home" kick the album off in style, and it only gets better from there, mixing scalding rock guitars, gospel vocals, New Wave keyboards and doo-wop hand claps with surreal lyrics about love, sex and community; as the voices swell up into one majestic chorus on "Golden Age," it sounds like the best album that Fishbone and Depeche Mode never made together.

Kanye West: 808s & Heartbreak: No one's made the romantic ache and paranoia of superstardom sound this good since the mid-80s glory days of Prince and the Revolution; West seems to share the Little Purple Guy's desire to write his every worry, dream or desire-- no matter how opaque or perverse-- into his music (what U2 once called "private thoughts on a public address system"), and the music is all the stronger for it.

You can certainly hear Prince here, mashed up with New Order and other 80s pop echoes, driven by drum machines and vocal distortion that only makes West's sense of isolation all the more acute; luckily, it's also very danceable. West has lost none of his gifts for the memorable pop hook, but his willingness to stretch and get all eerie here makes 808s a more haunting experience than his last two albums. 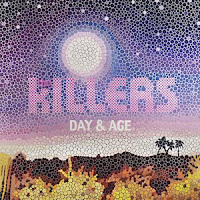 The Killers Day & Age: Thank goodness Brandon Flowers got over the mid-70s Americana obsession that made the last album such a drag: from the growlingly dirty horn section that opens "Losing Touch" to the synth-driven pop of "Human," Day & Age finds Las Vegas' finest re-establishing their talent for ridiculously catchy bubblegum pop with a sharp guitar edge. So few bands do melodrama so well, or have the confidence to locate their meaning in the sublime interplay of bass, keyboard, and Flowers' over-the-top vibrato. 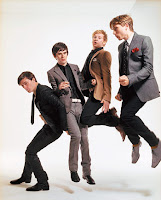 Paul McCartney: Amoeba's Secret (Live EP): Recorded in 2007 at a Los Angeles indie record store of the same name, this is a relaxed bit of pop from the man that all these other bands want to be, in one way or another. The record opens with the pre-recorded strings opening of "Only Mama Knows," but that polish is a red herring-- the playing and singing here is appealingly raw and loose, like a Cavern Club show from 1962, except now that 20-year old bassist has grown up to be the most talented musician of his generation. 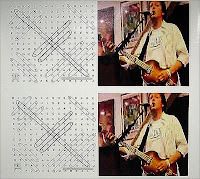 "Mama Knows" blends rockabillyish instrumentation with one of McCartney's patented tales of memory, parental loss and mystery (think "Let It Be" or "Eleanor Rigby"); from there he takes a right turn into the seldom-played "C Moon," impishly tackling the absurdist reggae song with what sounds like a big grin on his face (he even scats at one point). The four-track disc continues with "That Was Me" (from his then-new album, Memory Almost Full), and ends with the predictable (but no less pleasurable) rave-up of "I Saw Here Standing There." McCartney was 65 when he recorded these tracks, but the evidence here suggests that he has no intention of slowing down; would you, if you sounded like you were having this much fun?

Frank Sinatra: Sinatra & Strings: Hey, if McCartney goes long enough, he might even sound as relaxed as Frank Sinatra does on this 1962 recording. 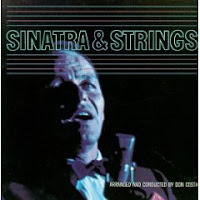