Fumbling Towards The New 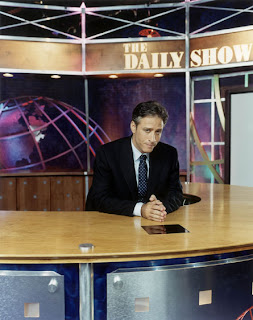 Chief Justice John Roberts pulled the big boner of the day in his fumbling of the Inaugural oath, but he might have been comforted by the way last night's live Daily Show proved that blowing an historic moment isn't limited to those on the right. Let's see: a triple-barreled attack on poetry whose insistence on hipster cool blinded Stewart and Co. to the fact that Rev. Lowery was weaving in passages from James Weldon Johnson "Lift Every Voice and Sing," a poem that one commentator today described as the "African-American national anthem" (and was it just me, or did the show's jokes there have anti-intellectual bent that made them seem distinctly Bushian?); a witty cross-cutting of Bush and Obama that seemed like a desperate heave in the air (to prove that, per the show's mantra, all politicians are the same), even if it overlooked how much more inclusive Obama's religious allusions were, and how much more contextualized his foreign policy lines felt; and an interesting interview with Episcopalian bishop Gene Robinson that had to be cut short for time, apparently because it was more important to spend five minutes earlier in the show on obvious dick/ball jokes that felt like rejects from Carlos Mencia's old show.

I will always love Jon Stewart and Friends, and trust they'll recover from tonight's jitters. But it's possible that Monday night's brilliant final farewell to the Bushies might also end up acting as the show's own benediction.
Labels: Election '08 Obama parody Politics TV