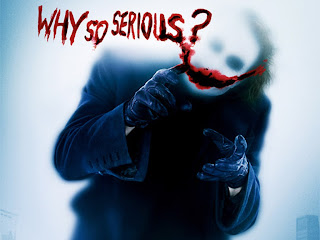 Another year, another predictable round of nominations. So predictable, in fact, that I'm tempted just to repost this piece, since it once again sums up most of my feelings. I've yet to see any of the Best Picture nominees (although I'm hoping to get to Frost/Nixon this weekend), so I can't really do much but wish them well, and note that they all had "Oscar Bait" scrawled in invisible ink across their cinephilic bodies (I also can't help but think that the Oscars remain the Revenge of the Tradition of Quality; I suspect it will be awhile before we see anything but prestige adaptations and social problem films nominated in the Best Picture category).

Two pleasant surprises: the Best Actor nod for the fabulous Richard Jenkins in The Visitor, which was my favorite film from last year, and Robert Downey, Jr.'s nomination in the Supporting Actor category for Tropic Thunder (even if I was holding out hope that his pitch-perfect combination of quirk and action hero in Iron Man might shake the Academy out of its stuffiness and score a nod). These are wildly different performances-- Jenkins is quiet, low-key and almost immobile in much of the film, while Downey, Jr. is baroquely over-the-top-- but both show a certain amount of courage in their choices, and in their different ways of fully embodying their characters without shame or apology. Bravo to the Academy for recognizing them.

Of course, I'm thrilled that Brad Pitt and Angelina Jolie were both nominated, as those two under-promoted kids need all the publicity they can get.

Oh, and Batman didn't get nominated. Shrug. I liked the film, but think the real push should've been for Aaron Eckhart's multilayered performance as Two-Face, rather than Heath Ledger's skillful impersonation of House. Honestly, I found both Iron Man and Hellboy II to be far richer and more skillfully made superhero movies this year, so I can't be the conduit for fanboy outrage.

Greg said…
Of course, I'm thrilled that Brad Pitt and Angelina Jolie were both nominated, as those two under-promoted kids need all the publicity they can get.

Ha! You got that right. I read nothing special about either one of them in those performances and yet Sally Hawkins and Eddie Marsan received nothing but praise and multiple accolades for Happy Go Lucky and end up completely snubbed. Boy, the Academy really knows how to suck hard sometimes, doesn't it?
January 22, 2009 at 2:27 PM

bill r. said…
My impression is that I've seen almost none of these, and don't really want to, except for Doubt and The Wrestler, the latter of which I hope to catch on Saturday.

Brian Doan said…
Jonathan,
Hugh Jackman is hosting-- not Jon Stewart, but a good choice, I think (he was a good Tonys host, and seems very charming without his Wolverine claws). Thankfully, no Whoopi, Billy (good but done) or (shudder) Jay Leno.

Brian Doan said…
Bill,
Is it just me, or did THE WRESTLER already win Best Picture, back when it was called ROCKY? I haven't seen it yet-- post-DINER Rourke gives me hives-- but I'd love to read a blog post from you about it.
January 22, 2009 at 4:54 PM

bill r. said…
Brian, from what I've heard, any similarities between Rocky and The Wrestler are superficial. I'll let you know when I see it, but, as it turns out, that won't be tomorrow, because I talked to my dad last night, and he ordered me to go see Gran Torino tomorrow. So The Wrestler will have to wait.
January 23, 2009 at 8:06 AM