Did Anyone Totally Request This? 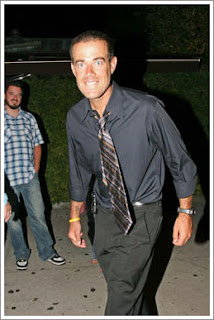 In the ok comedy Josie and the Pussycats, Carson Daly makes a cameo as himself, offering a self-description: "I'm Carson Daly, corporate tool." At the time, I thought it was a mildly amusing bit of self-deprecation.

Now, it turns out to actually be true.

Unless, of course, this is all a post-Thanskgiving Day, early April Fools' joke. I mean, really-- America clammoring for the return of the Car? That's about as likely as Darren Aronofsky making a watchable movie.
Labels: Random Oddness TV writer's strike