We Used To Be Friends... 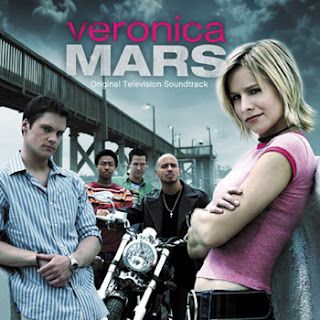 I might be the only person in America who thought Veronica Mars ended on the perfect note of melacholy ambiguity, but I'd certainly be interested in any further adventures. I wonder, though, if a feature film is the right way to go. Unlike Firefly, which I imagine is the model here (cult show that found a growing audience on DVD, who might turn out for a theatrical release), Veronica Mars seems perfectly pitched for TV: its day-glo visuals, dialogue/narration-driven episodes and wonderfully self-looping narrative arcs might play better on an ongoing, small-screen basis than a one-shot big-screen showing (Firefly, by contrast, always seemed like a TV show whose wide-screen action and larger-than-life characters cried out for feature treatment). Instead of a feature film, I might pitch it as a miniseries, or perhaps a series of ongoing, annual TV films. But I'll be happy to see Veronica and Keith back in whatever format they eventually get.

What about you? Thoughts on a Veronica Mars movie? And what other cancelled-too-soon shows would you like to see revived?
Labels: Joss Whedon Media movies TV Veronica Mars

john said…
I was looking forward to the Veronica at the FBI series. Twenty minutes of the pilot is on the third season DVD. I agree that TV would seem to be a better format for Veronica, but like you, I'd be happy to see Veronica and Keith back in any format.
August 21, 2008 at 10:54 AM

Greg said…
Brady's injury? Just another sneaky Patriots manuever. Hell, Belichik has had Brady on the "questionable" list each game of each season for the last three years. My worries are for their ever collapsing defense. Read this for an expert analysis (but then these guys always give expert analysis - if you're a betting man they have damn near perfect records in the post-season with their picks).

And the Sox? Ha! Those Devil Rays will soon feel the weight of being on top and tumble like the rank amateurs they are.
August 21, 2008 at 1:07 PM

Brian Doan said…
John,
Hmm! I might have to rent the season three discs, just to see those twenty minutes! Thanks for the tip!

J-Lapp,
Yeah, Belichick is good with the mind games. I suspect the biggest problem will be dealing with the hangover from last season, although I honestly suspect that will be harder for the feted Giants than for the Pats (and I say that even after they dismantled my Browns on Monday. Bring on Quinn, baby!). I can't cheer for the Devil Rays-- I know they're the hip "underdog" pick, but 1) I hate underdog mythologies; and 2) I lived in Florida long enough to know how crappily run their baseball franchises are, and how they gouge the fans, and I just can't buy the meme that the Rays are these plucky little scrappers, The Bad News Bears reborn.
August 21, 2008 at 5:28 PM

digital_sextant said…
I also would have liked to see Veronica at the FBI. Or another season of the current show. Or any other idea Thomas has for this character.