Mash-Ups: Across The Universe 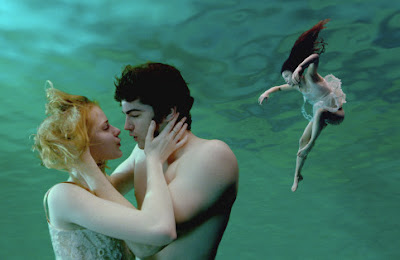 I think it was the flaming strawberries that got to me.

Julie Taymor's Across the Universe is a batshit insane piece of work, whose combination of outre musical numbers, single entendre cultural history and aching earnestness make it simultaneously the campiest and most passionate movie I've seen in a long time.

To paraphrase Chris Eigeman's character in Metropolitan, "I guess you could say it's extremely vulgar, I like it a lot."

That's not to say it's a great movie, but that it scrambles the critical senses in a manner similar to the way it mashes up Broadway form, Beatles songs, and American cultural memory, so that what's good about it has pieces of what's bad about it mixed in, and vice versa (remember, the working title of "Yesterday" was "Scrambled Eggs"). Susan Sontag, writing in the same period in which the film is set, noted that a response to camp (or a camp response, a distinction and overlap Across The Universe plays with a lot) meant a simultaneous attraction and repulsion to the object at hand; she also predicted Julie Taymor's uneven mixture of signifiers when she observed, “Any sensibility which can be crammed into the mold of a system, or handled with the rough tools of proof, is no longer a sensibility at all. It has hardened into an idea…” Taymor's sensibility seems to be exactly that Sontag wrote of in 1963, where a “spirit of extravagance” is celebrated, and whose taste “turns its back on the good-bad axis of ordinary aesthetic judgment." This is a “mode of seduction,” Sontag notes, full of “gestures full of duplicity, with a witty meaning for cognoscenti and another, more impersonal, for outsiders." At its best, Across The Universe pulses with an audacious, what-the-hell spirit that can include the aforementioned flaming and exploding strawberries as a metaphor for Vietnam (no, I'm not making this up), that can find a space for Bono playing a Ken Kesey knockoff named "Doctor Robert" (and looking a lot like Robin Williams these days, I might note), that takes tremendous pleasure in Eddie Izzard's yelping rendition of "Being for The Benefit of Mr. Kite"; at its worst, it hardens into very conventional ideas-- catechisms, really-- about the 1960s that it clings to for dear life, in the misguided belief that it gives the film depth.

I really like the way the film works to revive the revue structure of earlier Broadway musicals: the film is less a "narrative" in the sense of a post-Rodgers and Hammerstein "integrated" show than a loose clothesline of plot onto which she can hang numbers (which, with typological character names like "Jude," "Lucy" and "Prudence," is probably just as well-- there's nothing in terms of character development that you couldn't predict from the film's trailer). It helps that she's working with the deepest, most inexhaustible songbook in all of rock. Whatever the advantages or drawbacks of her various stagings, it's always pleasurable to hear Lennon-McCartney (and occasionally Harrison) songs for 2-plus hours, and her Broadway training means the numbers are nearly always visually engaging (nothing here rivals the sheer crappiness of Robert Stigwood's ill-advised Sgt. Pepper film), and sometimes breathtaking. I really liked the Grease-style sock-hop-at-bowling-alley version of "I've Just Seen A Face," whose leaping dancers and quick cutting nicely captures the youthful effervescence of that underrated folk piece, and also appreciated the Python-style animation that engulfs Izzard's "Mr. Kite" number. There's a discomforting mixture of wit, arrogance, imagination and obvious sloganeering to the "I Want You" number, staged at an Army recruiter's, that manages to enlighten through infuriating: yes, it seems over-the-top, and it is, but so is what she's making fun of (it's also a nice nod to similarly smug numbers in shows of the period, like Hair). There are some great nods to Beatles history (like the green apple-- whole and half-cut-- that pops up halfway through the film, or just how much Jim Sturgess really looks like a young Paul McCartney). And thankfully, Taymor's cast can really sing, a pleasant surprise in this non-musical age.

If the film has a central flaw, it's that, for all its visual audacity, there's no actual audacity to the ideas in Across The Universe, no real challenge to the mythologies that have calcified around our understanding of the 1960s; instead, the arc follows a very familiar narrative (naive kids move to the city, fall in with rockers and hippies, discover drugs and free love, get drafted, wounded, fight for true love, etc.) that tends to teach us what we think we already know. It's a single entendre approach that's echoed in the musical numbers, which look fantastic, but rarely escape a literal interpretation-- when a boy leaves his girlfriend in England, he sings "All My Loving," and an angry anti-revolutionary sings "Revolution" to an SDS-style group (as my friend Mike said, "I knew which number was coming when he stood in front of the picture of Chairman Mao"). All of this means some of the complexity--and hence joy-- of the Beatles songs is lost. Yes, they sang about love and peace and drugs with great sincerity, but also a lot of wit and doubt; there's a musical and lyrical toughness to the Beatles-- not a macho toughness, but a wry Teddy Boy distance-- that made them their generation's best chroniclers: they were both inside everything that happened in the 60s, but also slightly outside it, with far more perspective than, say, Donovan. It's hard for Taymor's film, despite the passage of time, to get that kind of perspective, and the end result is sometimes a bit too boomer-pandering, a bit too "history by Rolling Stone" for my tastes (it's notable that the majority of its song selections come from 1966 and beyond, for instance, with the Beatles' more rock-and-mod oriented, '62-'65 material mostly getting the shaft, as it might complicate the flowers-in-the-rifle ethos Taymor wants to celebrate).

So, in the end, it's a flawed film, but one I'm glad to have around. After all, how many times do we get to hear a lovely blues-guitar rendition of "A Day in The Life," or get to see Bono in a walrus mustache, talking in a Jack Nicholson patois? 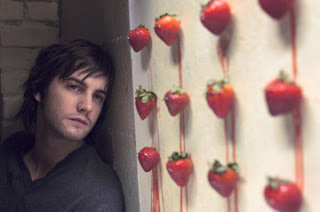 Larry Aydlette said…
Cinephile! I wish the movie was a little deeper, but the movie wasn't made for old Beatles fans or '60s graybeards. On the other hand, I'm not sure Taymor knows who she made it for. I think she made it for herself, and it's one of those rare examples where something that isn't mass-produced slips through. Even if she borrows more than Dylan reading the Woody Guthrie Songbook, she's an offbeat original who's hard to pigeonhole. Bottom line: I'll take this over 30 Days of Night. I think you know what I mean.
October 22, 2007 at 10:34 PM

Greg said…
Well as I said at the Shamus' site I'll have this movie thrust upon me soon enough. Both you and the Shamus do make it sound rather enjoyable though so my wall of resistance is already breaking down.
October 23, 2007 at 8:31 AM

Brian Doan said…
Shamus, I agree-- it's an audacious and interesting film, and I'm glad I saw it. I don't know if this will make sense, but I actually wish it strove a little less for "depth"-- for me, the moments that work the least well are those when it strives to make some Big Point, and just ends up regurgitating some bit of conventional wisdom. I much prefer just watching Eddie Izzard frolic amidst the animated craziness.