Sox It To Me 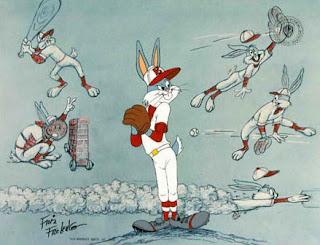 On the radio this morning, the local Cleveland sports guys were previewing tonight's Indians-Sox showdown with that mixture of excitement, tredipidation, hype and pre-emptive angst/regret that only Cleveland sports fans can muster: as Garrison Keillor says in A Prairie Home Companion, "We come from people who brought us up to believe that life is a struggle, and if you should feel really happy, be patient: this will pass."

Anyway, the radio jocks were chatting with a kind of nervous bravado (look, you simply can't talk about sports here without oxymorons), toggling between confident, homer predictions ("The Indians can't lose...They sleep with the angels, man!" Um, doesn't that mean they're dead?) and trying to stay focused and realistic, as if too much joy would jinx: "W-w-ell-- I-- I'll-- I'll tell you this-- If-- If I was going with my head-- in Vegas, if I were in Vegas-- If I weren't a fan-- I'd say 'Boston in six,' but I just think it's going to come down to pitching..." The one thing they were certain about was that, whichever team won, tonight's ALCS opener was going to come down to pitching: "[Red Sox ace] Josh Beckett will be lights out" and "It's going to be, like, a 1-0, 2-1 kind of game."

Well, at least one of those statements turned out to be true.

As a Tigers fan, I have no real dog in this hunt, and secretly hope both teams will find ways to completely injure and wipe out one another. Regional loyalty demands I pay attention to the Indians, but I find it difficult to cheer for them, perhaps because they knocked my team out of the playoffs. I like Red Sox GM Theo Epstein, if only because of his familial connection to my favorite movie, and I admire their excellence, but they've won a World Series recently, whereas the Indians haven't won since 1948. And I really can't get worked up about the Rockies or the D-Backs (Cubs aside, I much prefer the AL to the NL). If only the Cubbies hadn't blown it! So, I watch baseball now as an interested-but-objective observer, which is probably better for my heart rate (have to store all that energy away for Sundays, anyway).

Greg said…
The curse is clearly long dead. Heyzeus H. Crappers our offense is good. We're scoring like we're playing football. And I'm sorry but the Rockies? The Diamondbacks? Who the hell cares? I'm old school. When it comes to World Series I want to see teams with names like Yankees, Tigers, Cubs, Sox (both of 'em), Reds, Phillies and so on. I don't want no stinking Rockies or Diamondbacks. And the Marlins? How the hell did they win? The freakin' Devil Rays better Never get good that's all I got to say.

Now if we could just get the Celtics and the Bruins on track Boston could rule the Sports universe!

Brian Doan said…
Well, there are four second left, and it looks like your Gamecocks will pull it out, although poor field goal kicking has once again come back to haunt steve spurrier. I like spurrier, though, so I hope they win.

But-- the Celtics?? Shame on you, Jonathan-- I thought you were cool! The Celtics are right down there (up there?) on my list of Teams to Despise, along with the Atlanta Braves, the Baltimore Ravens, and Florida State. Say it with me-- Pistons. PIS-TONS. That's the team you should be cheering for (or the Cavs, if the Pistons are eliminated). But never, ever the Celtics. As Rudy Vallee says in The Palm Beach Story, cheering for the Celtics is Un-American.
October 13, 2007 at 6:53 PM

Greg said…
I'll compromise with you, I'll say "Piss" but not "tons". Hey I don't even follow basketball I just said that because of the Boston connection. For me there are only, truly, two games in town - The Pats and the Cocks, or as I like to say, the PatCocks. Baseball comes third and there it's the Sox then the Cubs, then any other old school team that's not the Yankees... but, BUT... if it's the Yanks against some new-fangled fraud like the Arizona Scorching Scorpions or whatever their lame-ass name is, then yeah, I'll root for the Yanks.

Brian Doan said…
Ha! I assume that Bowden comment is ironic...(: Anyway, congrats on your gamecocks winning-- that was a pretty interesting game towards the end.
October 13, 2007 at 11:30 PM

Greg said…
Let's just say I knew it would be ironic for a Gator with Free Shoes University on his mind. For me I've actually rooted for FSU a few times. Those times would be when they took on the hated Clemson Tigers. In case you're unaware, to be a Clemson fan you are required to have sex with animals, your parents must be brother and sister and you should preferably have horns growing out of your head (93% of Clemson fans have them).

P.S. I've got to stop commenting right before I go to bed. I see you were online because your response came shortly after at which point I could've responded back immediately. Oh well. I still think my unresponded to Rush Limbaugh comment is one of my classiest ever. Sweet chocolate... mmmmmm.
October 14, 2007 at 10:37 AM