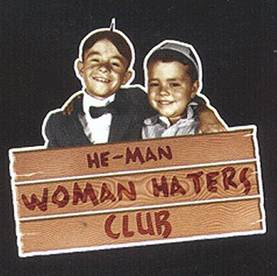 According to LA Weekly’s Nikki Finke, Warners isn’t interested in making films with female leads. Her source? Warner Bros president of production Jeff Robinov who Finke quotes (through three sources) as saying: "We are no longer doing movies with women in the lead." Finke said that Robinov's sentiment/statement was confirmed by three producers.

Robinov also said they'd no longer be making films involving animal protagonists ("Goddamn Benji burned us," Robinov fumed, although some have traced this bitterness back to Warner Bros.' inability to secure the rights to Oh, Heavenly Dog!), talking cars, Joss Whedon, or Vin Diesel. The argument is open about whether to keep making films with Jessica Simpson, however. New head of marketing Patrick Buchanan would be consulted about what other demographics to utterly diss.

After all, it's not like recent hits from Warner Bros. have had good female characters, you know?
Labels: Joss Whedon Media movies Politics