Not Another Teen Movie 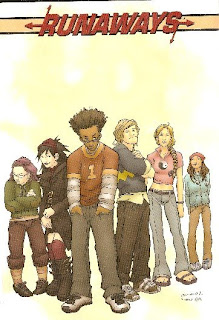 Well, this is interesting news.

I'm a big fan of Runaways, which does a much better job of translating a Whedonesque aesthetic into the comics form than the current Buffy comic does (intriguingly, it was Vaughn's arc on the Buffy book that felt the closest to the TV show). And given those televisual influences, taking it to a live-action setting shouldn't be too hard (I do wonder if its lengthy arcs and detailed character development over several issues doesn't make it better suited for TV than cinema, though).