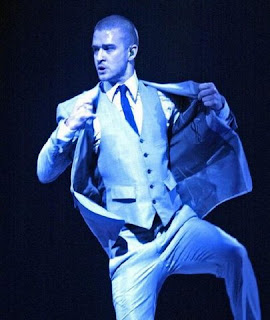 But, as I've been wondering for some time now: What is behind this popular and patently false critical suspicion of a "well-crafted" movie, which is considered automatically phony or inauthentic, while a film that is "unpolished" is considered genuine -- automatically real or truthful? This is especially troubling to me when the people expressing this attitude fail to convey a recognition of the distinctions between artistry and production values -- or between validity and lack of skill.

Likewise, I've never understood why a so-called "independent film" (a term that usually refers to the source[s] of the production financing, if that) should be appreciated or evaluated any differently than a studio-bankrolled film (which may well be a negative pick-up distributed by a major or one of its "dependent" arms). It's unbelievably hard to get a film made either way, and just because you have studio financing doesn't mean you won't be fighting for money or time or resources (and, probably, creative control as well). It definitely means that more of your budget will go to overhead costs. Studios also force you to deal with development execs who may consume a lot of your time and energy trying to put their unwelcome fingerprints on the movie (just to justify their salaries). But even if you get your movie made more or less the way you want to with your indie financiers, there's no guarantee that your indie distributor (if you get one) won't demand cuts or changes that don't necessarily make the film any better or more marketable.

I've seen plenty of big-budget Hollywood films made by professionals who evidently knew little or nothing about what they were doing. It's like they'd never touched a camera (or an editing table or a mixing board) or even encountered an actor before. And it's not pretty. It isn't any good, either, but there it is. I've also seen low-budget films, shot on video or 16 mm, that exhibit an affinity for cinema, for communicating through images and sound, that no budget or payroll could ever buy. And I've seen way, way too many indie movies that have no reason to exist except as somebody's lottery ticket for a Hollywood deal. They're as empty as any studio product, just more dishonest about their commercial ambitions.

The whole post is worth reading, and raises several pertinent questions about the ways we read both film and criticism. They are questions I've been wrestling with a lot in my classes the last couple of years, where students often display a desire for both self-serious "realism" and, paradoxically, narrative and tonal coherence and closure (paradoxical, because how "real" is a cause-and-effect, generically and tonally stable narrative throughline? This presumes, of course, that "realism" should be our goal, anyway-- Emerson includes a great quote from Werner Herzog about "ecstatic truth" which suggests just the opposite). But this isn't an attack on or critique of students, since I think the issue has a broader application to the discipline as a whole (and to many other disciplines): that desire for a master narrative, an easy set of binaries through which we can filter our tastes, perhaps even a need for the ad hominem ("Well, that's just Hollywood") as a primary critical device.

Of course, the next step would be to ask what we mean by several of the other terms-- "empty," "good," "skill," "truthful"-- in Emerson's essay (what counts as "serious," and why is that so important to us?), but for now I'm happy to see the questions he asks, asked.
Labels: Blogging film criticism Justin Timberlake mise-en-scene movies Writing