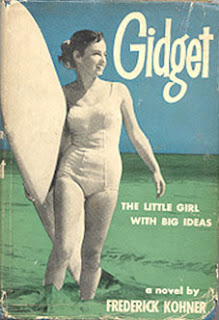 Via the fabulous Kim Morgan, and her essential Movies Filter, I learned of this Vanity Fair interview with Francis Ford Coppola. The whole thing is worth reading-- Coppola has a gift for brilliantly mesmerizing, meglomaniacally poetic phrasing--and his new movie, Youth Without Youth, sounds fascinating.

For all of the piece's great quotes, evocative descriptions of vineyards and thoughtful considerations of Coppola's oeuvre, here's the passage that really grabbed my eye:

The decade between The Rainmaker and Youth Without Youth wasn’t a vacation. Aside from tending to his various business concerns, Coppola released expanded versions of Apocalypse Now and The Outsiders, both of which improved on the originals; mulled a takeover of United Artists (friends and colleagues were peppered with e-mails asking, “Who should I get to run UA?”); kicked around the idea of a Godfather Part IV before it was nixed by Sumner Redstone’s Paramount; co-wrote a musical workshop based on the original Gidget novel and staged it with a cast of non-professional Orange County teenagers... (emphasis mine).

This is one of those sitcommy, "It's a crazy idea, but it just might work" notions that's nothing less than fascinating. What's it like? Who wrote the music? Is there a gangster or a surveillance expert involved? Would it be like the recent (very good) film version of Hairspray, or more like the layered show-pop of Jason Robert Brown's 13? And as a huge fan of musicals (and someone with a strange fetish for surfing movies), I have to ask-- did anyone think to film it? Because screw Greed-- this is the great lost masterpiece I wanna see. 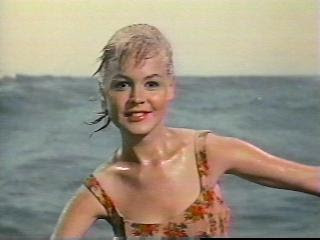 WelcometoLA said…
Re: that Vanity Fair assertion. He did NOT improve "Apocalypse Now" with that "Redux" nonsense. He strayed off the river and got lost in the tangents that have unfortunately defined his career since then. But I agree: The Gidget idea has possbilities. Especially if it turned out that Col. Kilgore was her father.
December 12, 2007 at 2:32 PM

Brian Doan said…
Larry,
I never saw the "Redux" version-- I admire Apocalypse Now, but it's never been a big Coppola favorite of mine (of the flawed masterpieces, I much prefer One From The Heart).
December 12, 2007 at 5:03 PM